Hi..Hope you are all fine…

I am here with mind blowing people who really makes you wow…. with their unique quality.

Kösen’s growth resulted from the condition acromegaly, caused by a tumour affecting his pituitary gland. Due to his condition, he uses crutches in order to walk.

Born to a Kurd family in the southeastern Turkey city, Mardin, he is the seventh tallest man in history.

However, World tallest man ever record holed by Robert Wadlow.

Robert Pershing Wadlow (February 22, 1918 – July 15, 1940), also known as the Alton Giant and the Giant of Illinois, was an American man who was the tallest person in recorded history.

Jyoti Kisange Amge (born 16 December 1993) is an Indian actress notable for being the world’s smallest living woman according to Guinness World Records.

Following Amge’s 18th birthday on 16 December 2011, she was officially declared the world’s smallest woman by Guinness World Records with a height of 62.8 centimetres (2 ft 0.6 in). Her restricted height is due to a genetic disorder called achondroplasia.

He holds the current Guinness World Record for the stretchiest skin, caused by a serious form of Ehlers Danlos syndrome. On October 29, 1999, in Los Angeles, he stretched the skin on his abdomen to a total length of 6.25 inches, earning him the record.

Elizabeth Anne Velásquez (born March 13, 1989) is an American motivational speaker, activist, author, and YouTuber. She was born with an extremely rare congenital disease called Marfanoid–progeroid–lipodystrophy syndrome that, among other symptoms, prevents her from accumulating body fat and gaining weight. Her conditions resulted in bullying during her childhood. During her teenage years, she faced cyber bullying, which ultimately inspired her to take up motivational speaking.

Kim Goodman is a woman who is able to pop her eyes out of her eye sockets by 12 millimeters (0.47 inches). She holds the world record for the farthest eyeball protrusion. She lives in Chicago, Illinois. She discovered her eyeball popping talent one day when she was hit over the head. Her eyeballs popped out much further than usual and ever since that day she could pop them out on cue, as well as when she yawns.

She has appeared on the Late Show with David Letterman.

In 2004, Goodman was included by Guinness World Records in their 50th anniversary list of top ten “feats” of all time. 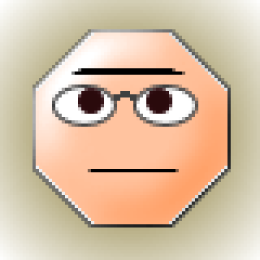 Whatsapp on your PC or Laptop

5 Incredible People in the world you don’t believe exist

If you would like to increase your knowledge just keep visiting this web site and...

Im very pleased to find this site. I need to to thank you for ones...

I was reading through some of your posts on this website and I conceive this...

Id like to thank you for the efforts youve put in penning this site. I...